Today we will examine each of the three different typed of impact wrenches – their basic make, key features, strengths, weaknesses and situations where it can serve best.

These are powered by compressed air. They are the more traditional impact wrenches, and were the first to be designed. Pneumatic impact wrenches require an air compressor to supply it with the compressed air which serves as its power source. They come in a variety of drive sizes including 0.25 inch, 0.375 inch, 0.50 inch, 0.75 inch and 1 inch. The drive size basically describes the amount of torque which the tool can provide: a 1 inch drive size can produce torque of 3000 feet/lbs. Generally, the higher the drive size of an impact wrench, the larger the amount of torque it can produce. 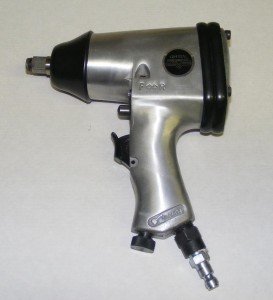 The main advantage of pneumatic wrenches is that they can be used constantly, even in situations where there is no power. All they need is compressed air, which is not difficult to find. They are also typically smaller than the other types of impact wrenches – this makes them perfect for working in tight areas or restricted spaces.

Their main disadvantage is the difficulty to adjust the power. Typically, they do not come with a power adjustment mechanism. This makes it difficult to use them especially in situations where there is less power required. When just a little torque is needed, pneumatic wrench may produce excessive power which can end up breaking, shattering or damaging the bolts.

These are powered by a direct connection to an electrical source. They have a cord which is used to connect it to a power source, usually a socket. Corded electric power wrenches are new quite rare, since manufacturers are now shifting towards cordless ones. They can still be found, though only in drive sizes of 0.75 inch and 0.50 inch. They typically have longer bodies than pneumatic wrenches, the extra length added by an electric motor which produces the torque. 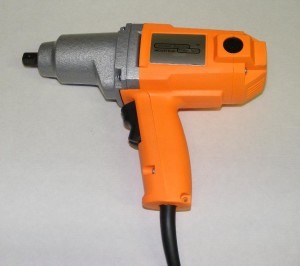 The main advantage of corded electric impact wrenches is they can be used non-stop as long as there is power. The amount of power can be regulated, which makes them useful in situations which require little torque. Electrical impact wrenches also do not require an air compressor to operate.

Their main disadvantage is that they as absolutely useless where there is no power source. This means that they cannot be used in remote locations with no electricity.

These are powered by batteries. They typically use either lithium-ion (Li-ion) or nickel-cadium (NiCad) batteries. The batteries can range from 18 to 28 volts, depending on the model and are usually rechargeable. Cordless electric power wrenches are some of the most common on the market. They come in a variety of models, drive sizes and price ranges. 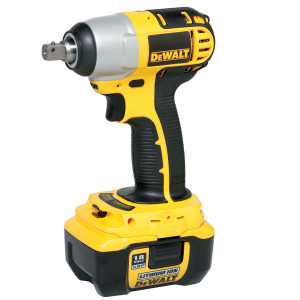 The main advantage of cordless electric power wrenches is portability. Given that they require no external source of power, they can be used virtually anywhere. They offer convenience and flexibility especially for on-the-road repairs where there is no source of electrical power available.

Their main disadvantage is that they are less powerful than corded or pneumatic impact wrenches. This is because the batteries cannot store enough power to produce enough torque for more powerful tasks. The power in the batteries also tends to run out faster, which causes constant work interruptions to replace batteries.