The DCF889M2 promises 400 feet-pounds of torque. It comes with a variable power control and enhanced batteries that gives 1.3x the run time. Although the price is a bit on the higher side, you also get two batteries, a fast charger and a carrying case.

If you’ve used a product from DEWALT, you know what their values are – reliability, durability, and power. The DCF889M2 is no exception to these values. When you use it, you get an all-in-one impact wrench that can push harder and go for longer than the other guys can.

On this page, we’re going to break down the impact wrench down to its core. Keep reading, and by the end, you’ll know if the DCF889M2 is right for you.

To demonstrate our points, think about a car in a city. If you have a Ferrari in New York, you’ll feel pretty cool driving it around, and you’ll definitely have one of the best cars. But for the city, a Ferrari is one of the worst cars to drive – the roads will tear it up, and the gas mileage will be nothing short of abysmal. You’ll have to stop every mile to fill up.

See where we’re going with this? If you’re a seasoned mechanic or handyman who has the need for such power, then go for a more powerful impact wrench. But for the rest of us, this slight lack of power is perfect – it allows the DCF889M2 to excel in other categories, which are all explained below. (And reviewers say that the tool “still feels powerful”, even with 400 feet-pounds.)

Believe it or not, most of the time, you won’t even need the 400 feet-pounds. You’ll need less. Yes, you can use more, but if you’ve ever used an impact wrench, you know that setting it at its highest power and going to town on a small job isn’t the most efficient path.

The most efficient path is determining how much power you need, then using that exact amount of power and nothing more. With the DCF889M2 and its variable power control, that’s exactly what you can do.

The 400 feet-pounds allows for the motor to run for more time on less energy. On top of that, DEWALT has upgraded its batteries for the DCF889M2 – they run for 1.3x the time that normal batteries do.

So here, you get a machine that’s already designed to run for as long as it can… and then extended-life batteries on top of that. And on top of that, DEWALT included not one, but two batteries with every DCF889M2. This means that even if one runs out, you can just pop the other one on and go to town.

Although the DCF889M2 is advertised as just the impact wrench, you get much more with your purchase. 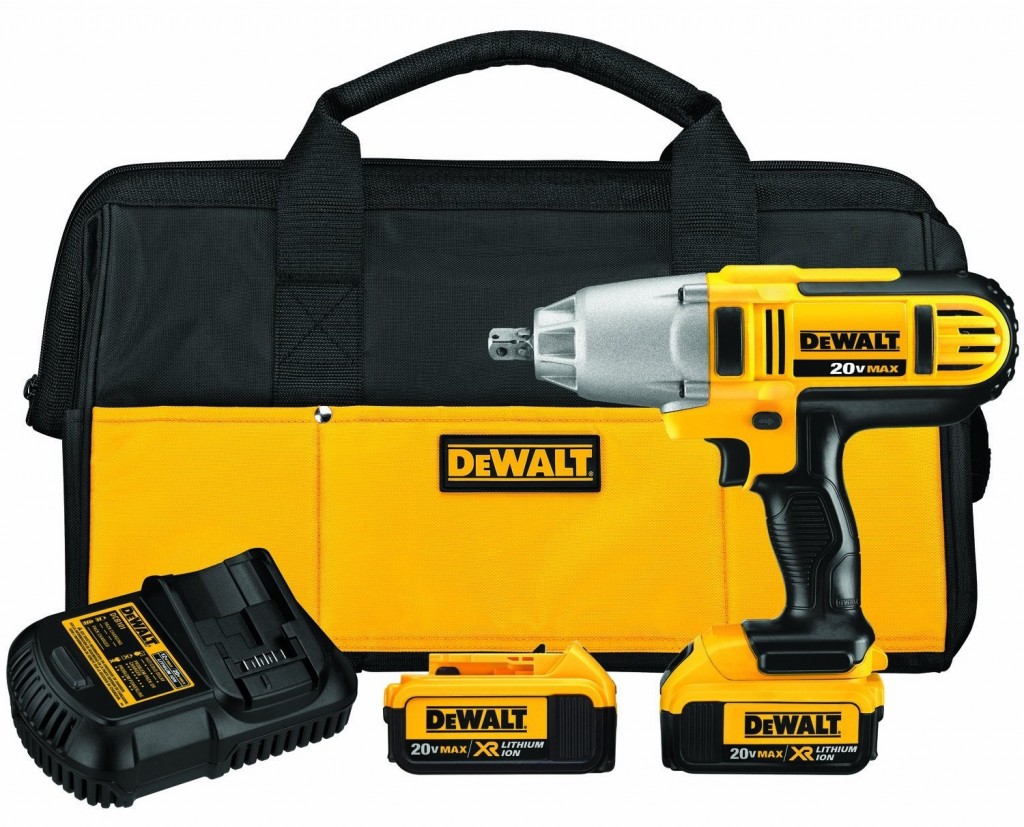 Something to note is that you only get these extras if you buy the package from Amazon. Click here to go to the official Amazon page, or click here to see pictures of the full kit.

Potential downsides of the DCF889M2

There are only really two downsides to the DCF889M2 – its power, and its price.

On the power – you’ll only feel the tool is lacking if you’re dealing with industrial nuts and bolts. Period. But as a few of the reviewers state, this tool is plenty for the basic automotive work that a standard shop sees day in and day out.

The price of just below $300 can be a little bit off putting to some people, too. As far as impact wrenches are concerned, that’s not the highest price (at all), but you don’t just spend $300 on a whim, either.

Our stance is this – get the DCF889M2 if you want the full kit. The tool itself lasts forever, the carrying case will come in handy, and the long-lasting batteries will save you tons of headache down the line when you need to use your wrench for hours on end.

If you’re looking for a cheaper product, you may want to consider the DCF880HM2 by Dewalt – at around $250, it’s a little bit more affordable than the DCF889M2.

What are the customers saying?

Chances are, these mechanics will be very opinionated, and they’ll only give a firm “seal of approval” to their absolute favorite tools. Sure, they might like other brands and tools aside from their favorite ones, but they’re only going to say that their favorites are perfect.

We bring this up because on the official DCF889M2 page, there are 27 reviews… and 26 of them are 5-star. That’s like asking 27 different mechanics and handymen what their favorite tools are… and having over 96% of them say that the DCF889M2 is the best impact wrench.

Of course, there are some negatives mixed in with the good reviews – you can click here to read them. But overall, if you’re looking for a one-and-done solution, we can safely say that we highly recommend the DEWALT DCF889M2 above all others.

Click here to check the current price on Amazon